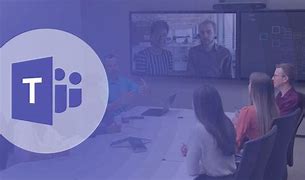 Being bombarded by echoes and interruptions on a Microsoft Teams meeting could soon be at an end thanks to a raft of updates and improvements to the service.

The video conferencing platform has revealed a number of updates largely aimed around improving the audio quality on Microsoft Teams calls using AI and machine learning.

In what will be welcome news for many Microsoft Teams users, the new updates, the result of using a machine learning model trained on 30,000 hours of speech samples, include echo cancellation, better adjusting audio in poor acoustic environments, and allowing users to speak and hear at the same time without interruptions.

First up, Microsoft says that its AI can now detect the difference between sound from a speaker and the user’s voice, fixing a common issue when a microphone is too close to a speaker, causing sound to loop between input and output devices and create an echo.

Teams is now able to eliminate this echo, “without suppressing speech or inhibiting the ability of multiple parties to speak at the same time,” the company says.

For those making calls in large rooms, where speaking can often reverberate and echo around somewhat, Teams now uses a machine learning model to convert captured audio signal, making it now sound as if users are speaking into a close-range microphone.

The updates also look to cut down on interruptions or people speaking over each other on a call. Teams calls will no longer have an awkward echo when someone talks over another participant, meaning conversations should flow much more easily.

Microsoft says the new updates look to build on some AI-powered features it has already launched, including background noise suppression, and it is also making machine learning-based noise suppression for Teams customers using Windows (including Microsoft Teams Rooms), as well as Mac and iOS users, the default option.

“The past two years have made clear how important communication and collaboration platforms like Microsoft Teams are to maintaining safe, connected, and productive operations,” Nicole Herskowitz, Vice President, Microsoft Teams wrote in a blog post announcing the updates.

“In addition to bringing new features and capabilities to Teams, we’ll continue to explore new ways to use technology to make online calling and meeting experiences more natural, resilient, and efficient.